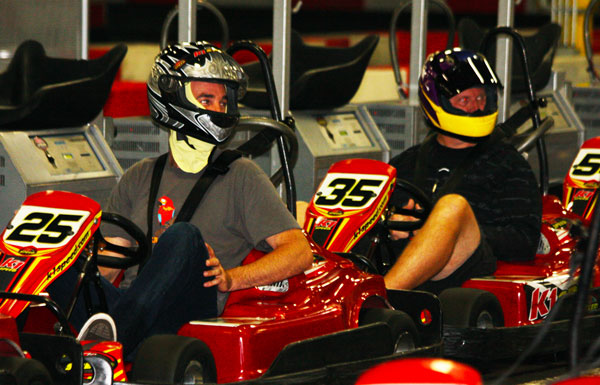 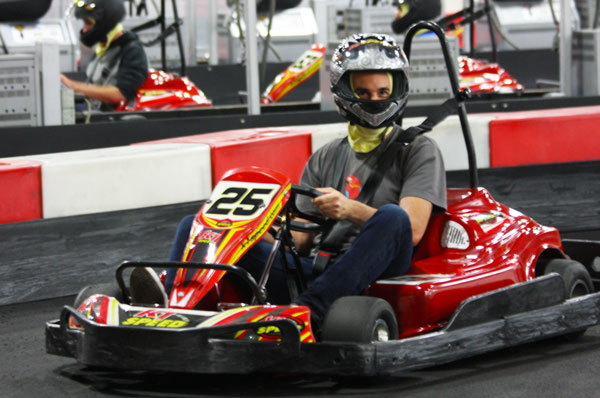 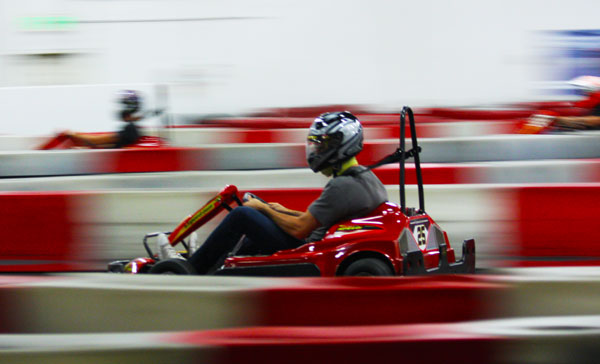 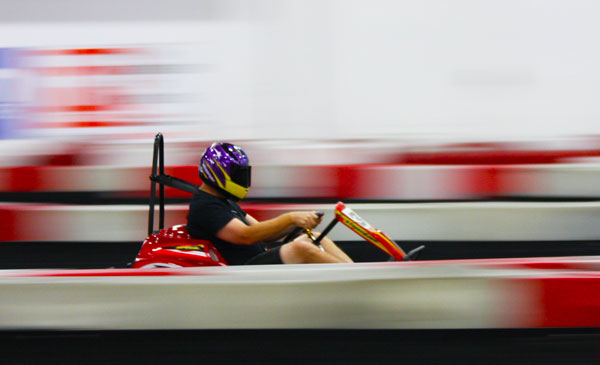 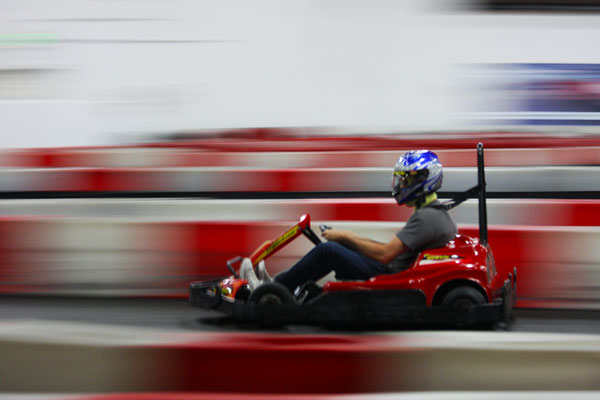 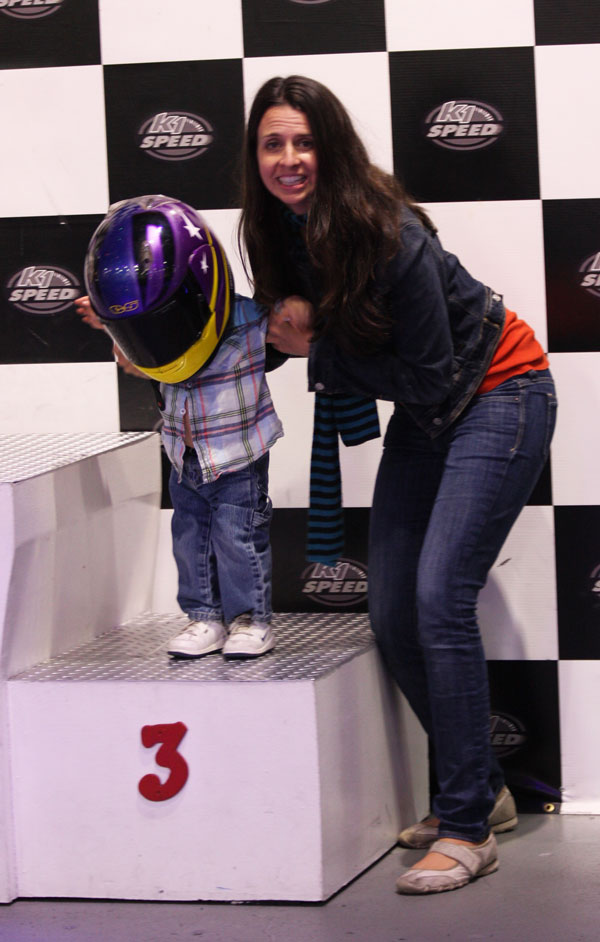 Many have asked me about how and what happened with the labor/delivery. To make it simple and not having to say the long drawn out story over and over again for those with a strong stomach feel free to read on.

Our Recommendation
If you are going to go to even the top hospital make sure they have a backup anesthesiologist on staff if yours gets called to an emergency.

With 5 hours of being in the delivery room doing natural totally painful birth and 1hour and 20 minutes experiencing an epidural birth – I have a few recommendations for expecting mothers.

Friday after a busy day at 7pm painful contractions started, every 6 to 8 minutes.  Around 11pm at night Robbie felt the baby is coming called the doctor and were told we better get to the hospital. Luckily I packed a suitcase (thanks to my female friends who guided me what to pack) but at the same time was nervous to be one of those women who show up and sent home because it was false labor. The contractions were painful my back felt like someone was hitting it with a baseball bat with each contraction, maybe the nurse wasn’t seeing the signs that were to come and nevertheless sent me home with sleeping tablet, saying my cervix wasn’t dilated and to come in when the contractions were every 4mintues. I had contractions until the sleeping tablet set in and woke up having contractions nonstop until Saturday & Sunday where they were apart every 4 minutes at 2:30am Sunday morning. Robbie insisted we go to the hospital now for sure thinking it was time, well they sent me home again saying not to come back until I had contractions every 3 minutes, saying the cervix had not budged.

So here I had to feel like I was getting hit by a baseball bat every couple minutes having contractions nonstop, the neighbors probably thinking Robbie is running a torture chamber hearing me scream at the top of my lungs and crying every couple minutes until Monday 11:30pm 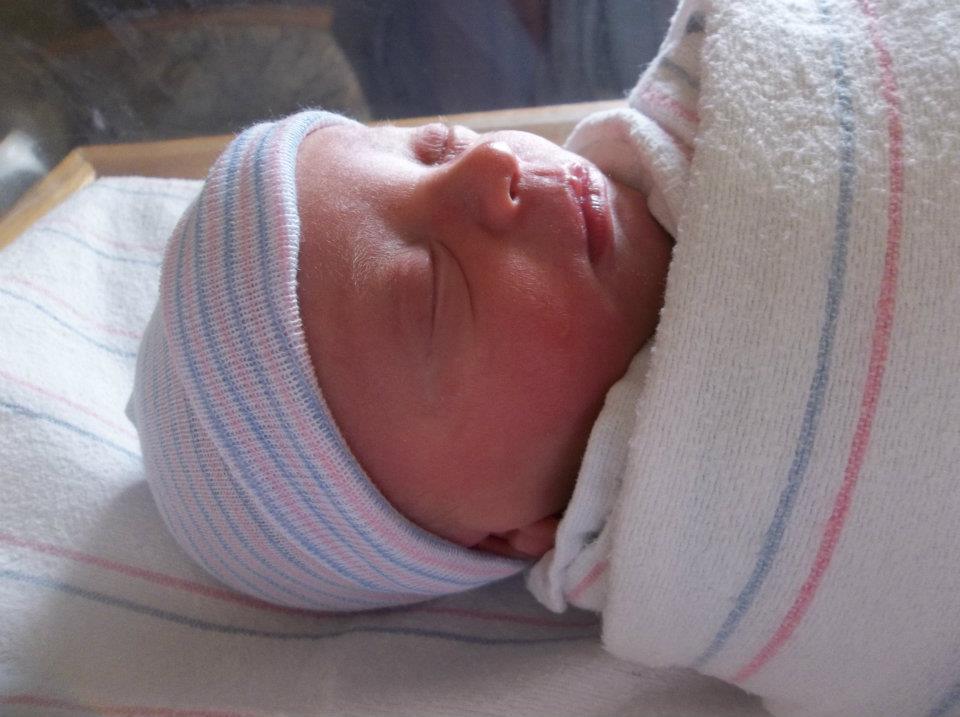 when Robbie brought me to the hospital again saying they are 3 to 2 minutes apart and pretty painful some contractions lasting 10 minutes of pure pain.

This nurse luckly happens to read between the lines and see something is very wrong probing for my background, and when I said I broke my tail bone three times and had several ski accidents with a lot of scar tissue. She said that broken tailbones curve in making it hard to deliver because of being in the way of the baby.  My tailbone was broken three times so there would be problems delivering without a lot of pain, she also saw the same the cervix had not dilated and noticed the baby is pushing against my back which was why I was in so much pain all this time, it couldn’t hit my cervix due to the tailbone and insisted she find a reason for me to be admitted without the doctor waiting to morning to see me.  She explain there was no false labor I was in true labor since Friday and basically ignored.

Now she needed to find some way to admit me which she was claiming a bit of a fib that the baby’s heart rate went down a few times, but it truly didn’t. It just went down when I squirmed from pain and the monitor didn’t get good connection due to my movement nothing the baby did.  Since it was middle of the night, they needed to wait for the morning until my doctor could come in so they gave me some painkiller sleeping agent by IV which was awesome, first time I  felt no pain  for 9 months, the problem it felt so good to not have pain I couldn’t sleep. As Robbie got to get some much needed sleep beside me in a chair, because for the last four  nights he has been awake every minute worried about me timing contractions, along with the week prior was working very long hours and nights on a 4 alarm fire at the office.

By 6:00am bunch of nurses were getting things set up around me, noise banging, machines IV’s the irony Robbie totally dead asleep as they were accidentally hitting him, it just showed how tired he was to not even open an eye from sleeping. As more and more people in scrubs came in the room, and more and more machines, things started to get intense and Robbie woke up in the middle of it with no time to get scrubs or clean up except to jump in and help push my back during contractions to ease the pain. They had a student nurse try to do it but her hands were 1/5 the size and strength of Robbie’s.

I was strongly advised  due to my tailbone and scar tissue to get an epidural to push the baby past the tail bone and ease the pain of the baby pushing against my back not my cervix and alleviates the sensation of getting hit by a baseball bat every 2 minutes. Every nurse in the room who had kids told me all their amazing experiences on an epidural all smiling away  and explained they never have kids without it. So I was ready, thinking hey this won’t be so bad and gladly waited for this magical epidural everyone raved about.

My doctor  came in to break my water manually and also said anesthesiologist is on his way to give me an epidural and everything was good.

Well this is where things went wrong.
The anesthesiologist got called to an emergency c-section leaving me high and dry. They said he will be 10 minutes, then 20 minutes, hour goes by, two hours go by.  I am screaming on the top of my lungs, my room went from 2 nurses  and a doctor 2hours into it to easily 10 to 15 nurses and doctors in every corner and space they can fit. In the mean time I had dilated more and more and no anesthesiologist by the time he showed up he felt / decided it was too late for an epidural but didn’t communicate this to us, but just walked out of the room smug –  my doctor felt otherwise, but the original anesthesiologist refused to do it.  Robbie clued into the reality when things got intense earlier on hours before,  I am about to give birth with no epidural due to the hospitals stupidity and was very angry but tried to hide his frustration trying to keep me calm for me even when the smug anesthesiologist opted out from doing one .  My doctor is going in and out of the room me hearing her getting stern saying “get an anesthesiologist in, call one in from home, another hospital”.
Time is ticking away now 2 hours, 3hours of pushing,  screaming and moving all over the bed from the pain I am accidently hitting my IV’s out having blood everywhere, entire top of the bed is drenched  and on Robbie’s hands covered in my blood, more and more people are entering the room to help nothing is happening because the pain of my tailbone being in the way of the baby is holding me back from further delivery.

Mean time I am thinking every nurse and doctor in the room told me they got to have epidurals when  they had kids would not have labor without it now I am getting DENIED having one, thinking they insisted I have one and now can’t get one this is not fair.

A few times except for my doctor, nurses or other doctors lost their cool and there was some tense moments, things such as a student nurse tripping over my IV by mistake. She was sweet so it was ok plus we traumatized her, admitted after delivery she probably doesn’t want kids after witnessing how bad delivery can be.

Robbie, it was like I fell in love with him over again seeing how amazing he held up during delivery, keeping his cool even though he is saying “you are telling me there is one anesthesiologist and no backup? are you kidding me” to the nurses.  You can see he wanted to loose his cool but didn’t knowing it would just make the situation worse, so he held my hand, feeding me ice and pushing on my back to ease the pain doing anything the doctors and nurses asked of him.

At one point some militant, mean nurse came in and started to tell me to man up, which made everyone more stressed and mad. Luckily she left.   The pain got so bad the doctor could see there was no way to deliver without pain medication even though I was dilated 10+2, whatever that means, so she called in a personal friend anesthesiologist from another hospital to come in and help.  The second I got the epidural (thank goodness) the delivery went from night to day. They even let me rest a bit saying I needed to at this point, but also were aware we had only about an hour and 20 minutes of epidural medication to deliver before it wore off. After a 15 minute rest I started to push again with the guidance of doctors and we did it, I was in such awe and amazement how much difference the pain is without and with an epidural. It amazes me science has invented such a thing that can make such a difference for women to experience a happy labor versus pure pain labor.

I also am grateful for my husband Robbie, who somehow endured watching me in so much pain and did whatever he could in the delivery room to be there for me.  I honestly don’t know how he could handle watching someone he loves going through what I did, because I always feel it is harder for someone to watch someone suffer and not be able to do anything about it than endure the pain myself.

After delivery they kept all three of us at the hospital for three days. Every nurse or doctor who came in would say they heard I had a hard delivery and a few apologies for the idiot anesthesiologist and the hospital not having another one as backup. They even sent a trauma psychologist to talk to me about the delivery  she admitted all her life working with hospital counseling women with hard births she has never seen such a situation and not having a second anesthesiologist to jump in when one got pulled away in a needed epidural case. My doctor and several people came in to give me their sympathy and apologies for the circumstances admitting timing was bad. I honestly was still in a bit of a daze shocked how modern medicine invented something that can make such a difference for women enjoying the labor experience.

Our newborn son, James, came out healthy even though we had an awkward birth, he had a bad bruise on his head from pushing against my back which they watched very closely causing him to be borderline jaundice. He is doing light therapy and we take him to get his blood tested every second day. So far everything is going in the right direction the bruising is getting better and the light therapy (a machine that lights him up as we have him wrapped in blankets looking like Tron or Baby Superman on Crypton) is helping.

March 26th was Robbie’s Birthday. Saturday I invited our friends and local neighbors to join us. I personally love cooking for large groups and got up early prepped and marinated up a storm. Later the meat went on the BBQ and everyone got fed.

Chicken Turmeric Tandoori in marinated in White Wine and Basil 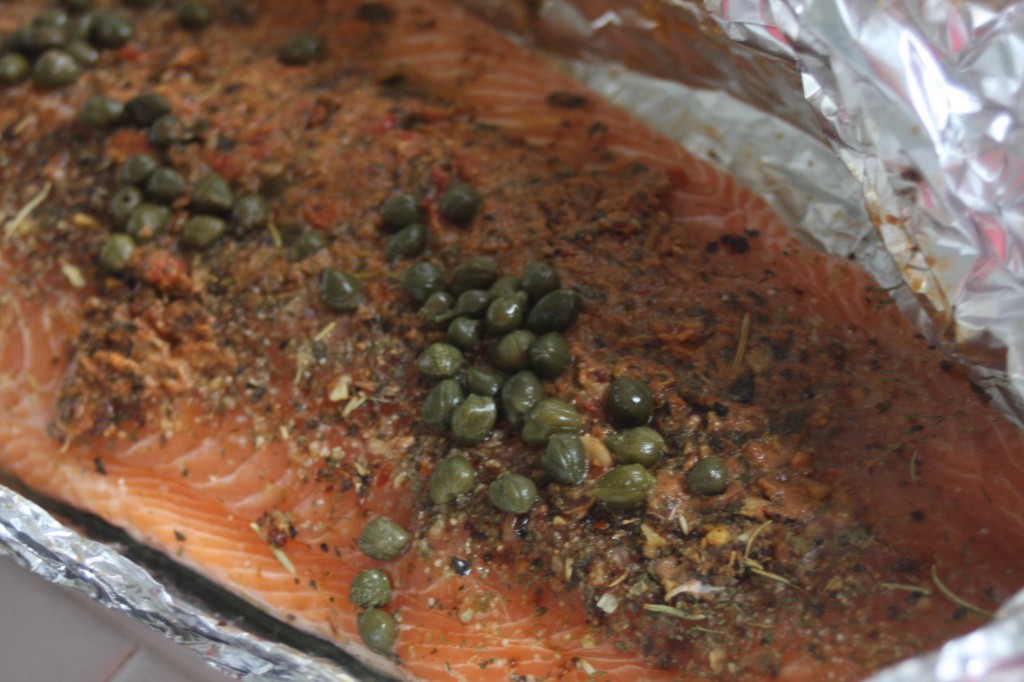 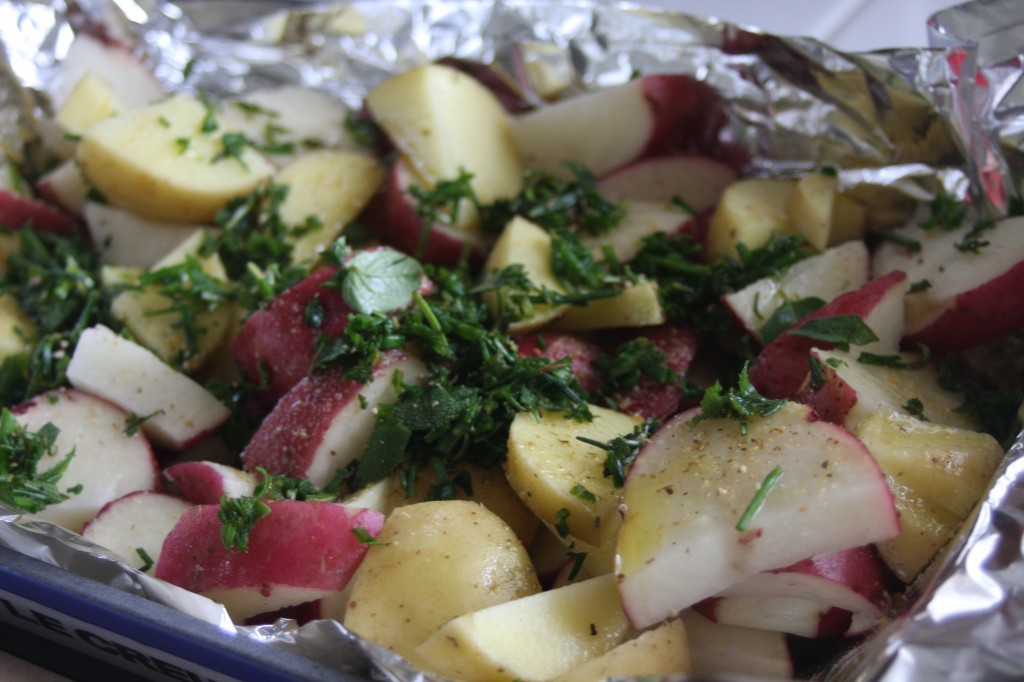 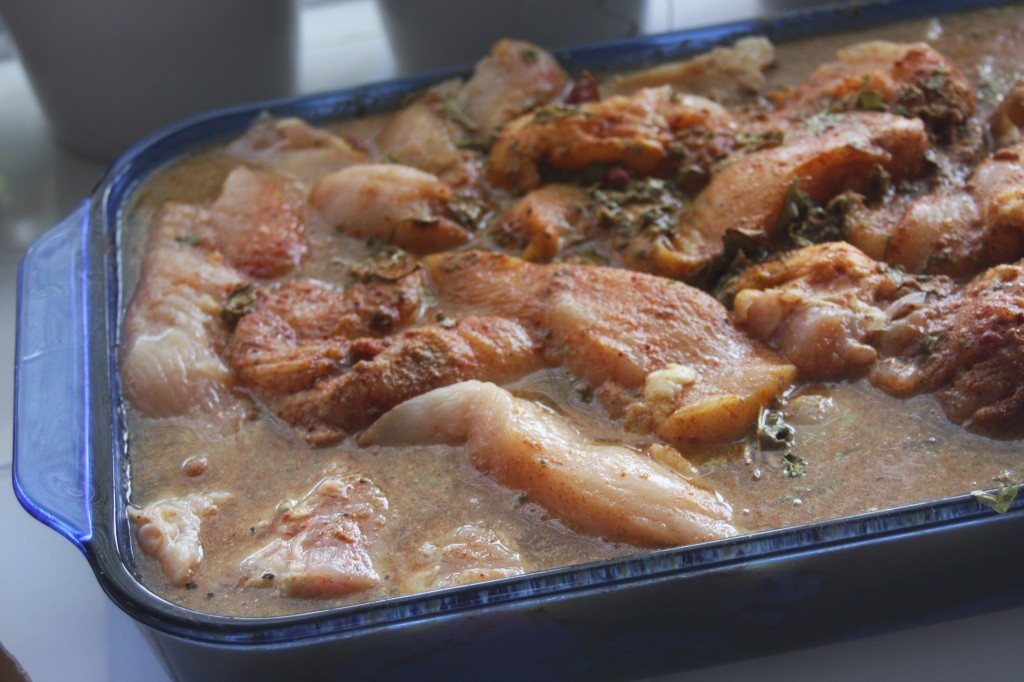 Legal Use of Images

Please note - Absolutely none of the photos on this site are legal for anyone else to use unless they have written permission by the site owners Mr. and Miss Dowie.